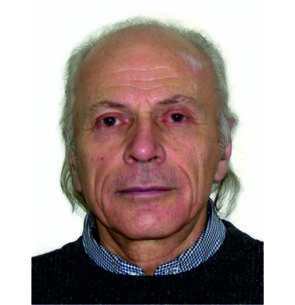 Alexander I. Livshits graduated from St. Petersburg University, Faculty of Physics. The degree of Doctor of Physics&Mathematics was awarded to him by the Kurchatov Atomic Energy Institute.

Prof. Livshits spent about 3 years as a visiting scientist at École Polytechnique, France, and about 4 years as a visiting professor (for scientific researches) at a number of organizations in Japan: the Nagoya University, the National Institute for Fusion Science and the Hydrogen Isotope Research Center. He published more than 150 scientific papers and was the supervisor of a number of International scientific projects.

Scientific interests of Prof. Livshits are concentrated around the transport of hydrogen through metal membranes at their interaction with both usual molecular hydrogen and suprathermal hydrogen particles, which have an excess of chemical, internal, or kinetic energy. He discovered the phenomenon of superpermeability of metallic membranes with respect to suprathermal hydrogen particles.

During the recent years, the main attention of Prof. Livshits was paid to experimental studies of the plasma driven superpermeation of hydrogen isotopes, in view of possible application of this phenomenon for the fuel cycle in nuclear fusion devices. Most recently the hydrogen energy became one more field of Prof. Livshits’s interest. In particular, this is the development of selective non-palladium membranes for the hydrogen separation from the gaseous products of hydrocarbon conversion followed by the generation of electricity via fuel cells.

The Innovative Company “OOO MEVODENA” was founded by Prof. Livshits to advance the R&D mentioned above.