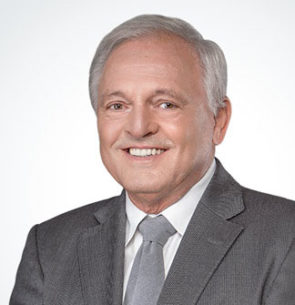 Mr. Novak has spent many years researching and developing polymer membranes for various practical uses, e.g. in the preparation of drinking water, waste water treatment, and special applications in the pharmaceutical industry. Mr. Novak is an author or co-author of more than 25 patents, especially in the field of membrane processes and he is an author and co-author of more than 150 research reports and publications.

Mr. Novák is the founder of electro-membrane processes in CR and he is the chairman of the Czech membrane society (CZEMP – www.czemp.cz).

He is the owner of the MEGA group. Currently he is the sole owner of MEGA a.s. (www.mega.cz) which belongs among three most important companies in the world in the field of electromembrane processes. MEGA ProfiLine (www.mpline.ru) in Russia and MEGA Ukraine are also a part of his electromembrane processes business. The heart of the process – membranes and modules – are being researched and developed in the Membrane Innovation Centre by the company MemBrain (www.membrain.cz). MEGA-Tec (www.megatec.cz) is a manufacturer of cathodic coating systems mainly for the automotive industry.

He was born in Pokratice on 6 September 1947. In 1971 he graduated from VŠCHT (Institute of Chemical Technology) Prague in the field of physical chemistry, subject technical, analytical and physical chemistry. In 1976 he graduated in scientific aspirature. In 1971-1972 he worked in SCHZ (Chemical industry) Lovosice. From 1972 to 1976 he worked in VÚAnCH (Research and Development Institute of inorganic chemistry) Ústí nad Labem as a scientist, and then as an independent researcher. In 1976 he started working in VÚ ČSUP (Research Institute of Czechoslovak Uranium mining Industry); it was when he graduated in the „Technology of uranium elaboration” course and later in the postgraduate study of “Water technology” at VŠCHT. At VÚ ČSUP he first worked as an ordinary researcher, later as the leading researcher and the head of environmental department, from 1981 as the head of membrane processes. Then he became the director of state enterprise (1990). On 1 February 1993 he was appointed the CEO & Chairman of the Board of Directors of MEGA a.s He also became the sole member of the Board of Directors of MEGA a.s. In this position he has been until now.

In 2015 Mr. Novak was awarded with the Jiří of Kunštát and Poděbrady medal for his contribution in the field and integration in Europe. The medal was awarded by the Minister of Industry and Trade.

In 2012 Mr. Novak was given a prestigious “Tribute award” by the Governor of Liberec Region for his work and lifetime achievement he has contributed to the reputation of the Region.

In 2007 he was awarded by the Škoda Auto a.s. Prize (Czech Head competition).
This prize was awarded for his exceptional work in the past years. It was also awarded for the development of ionex membranes and the use of membrane processes in ecological and production applications.