During the last decades, gas separations using polymeric membranes have been rapidly grown and widely adopted in many membrane processes. Commercial membrane gas separations are nitrogen generation from air for blanketing/packaging of food, underbalanced drilling, and aircraft fuel tank blanketing, oxygen enrichment, hydrogen separation for syngas ratio adjustment, hydrogen removal from ammonia purge, and hydrogen recovery from hydrocarbons, carbon dioxide separation for natural gas sweetening, vapor/gas separation, vapor/vapor separation, air dehydration, and others. Particularly, the carbon dioxide removal for natural gas and biogas was the largest application of gas separation membranes in 2021, while vapor/vapor separation is projected to be one of the fastest-growing applications of the gas separation markets during the forecast period. As such, numerous polymeric membrane materials have been newly created, and some of them overcome the upper bounds of conventional polymeric membrane materials in terms of permeability and selectivity correlations. With the advent of innovative synthetic methods and characterization tools, new polymers having unique chemical structures have appeared, giving rise to better inherent material properties for selective gas transport due to much more sophisticated structure manipulation at the molecular level. Thanks to such new polymers, the upper bounds that Robeson proposed in 1991 have now shifted to better separation performance regimes, for the time being, which trends will go on in the future. Furthermore, combining various nanoporous materials with polymers helps improve the intrinsic permeability and selectivity of the polymers, which might not be achieved only by designing new polymers. Up to now, numerous nanomaterials have been developed for membrane applications, showing outstanding permeability and selectivity. In this presentation, we will discuss the advances in nanomaterials to help improve membrane performances in gas separation and then how to apply them for preparing “real membranes” for membrane-based on gas separation. 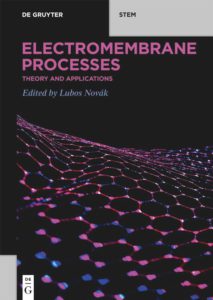